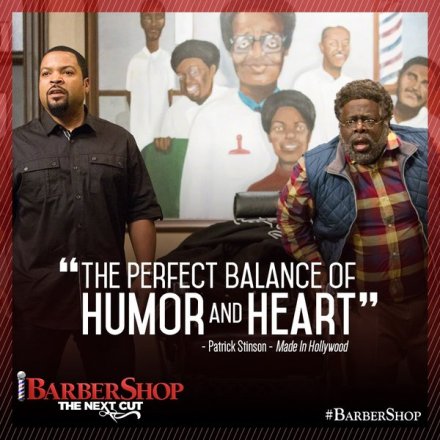 Trivia: Who was Major League Baseball’s first ever rookie of the year? (Answer below)

The Bad Boy Records family is back on the block. That’s what Sean ‘Diddy’ Combs wants folks to know with an upcoming tour. Tickets sold out in minutes so they’re adding more shows. On another front, Ice Cube and Common bring some Barbershop talk from same ol’ community to new day solutions.

In a statement, Diddy said “The Bad Boy Family includes some of the biggest names in music and songs that helped define a whole generation of music. Also, we are celebrating one of the greatest of all time – Notorious B.I.G.” So what if Barbershop & Hip-Hop (or old-school & new-school) helped us jell as working class heroes?

Well that might call for a 21st century Juke Joint. Back in the day that was where local peeps did the social thing. They’d hangout and get the scoop on happenings around town. Some of that is seen today on social media. But a new ‘joint’ would do a community good, just as milk does a body good.

Another throwback that might fuse ‘new day’ solutions into communities is a M.O.D.D. Squad. That name reminds us of a popular TV show back in the ‘70s that featured a diverse ethnic/cultural mix of ‘street players.’ They came together to address some stubborn problems affecting the community.

This new MODD Squad as a ‘mix of defenders and dreamers’ learns from past Civil Rights efforts and those community super-heroes. They made change happen with defenders of the cause and dreamers in the movement. That’s why Dr. King knew who he was speaking to in saying ‘I Have a Dream.’

But if King’s dream of social change and national unity is to filter ‘left and right’ across society, there’s something else we can do to make ‘smart community’ a reality. This requires the kind of hometown solutions that work like smart phones. So people, businesses and communities have more ‘zoom zoom.’

Recently there’s been lots of talk about equal pay for women. The U.S. Women’s soccer team plus others in media and Corporate America have chimed-in. As the old saying goes “What’s good for the goose is good for the gander.” That’s true for equal pay as well as for communities around the way.

So as the political season heats up for the NY Primary, the candidates try to explain their platform. Some are buzzing about Super PACs, Super Delegates and having flashbacks to the term super-predators. The question people need to ask today is “who’s helping us reach new heights as super citizens?”