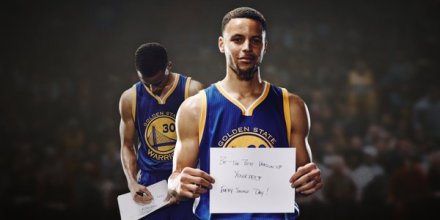 Trivia: Which all-star NBA player retired from the game this season? (Answer below)

The halls of Congress were buzzing again after representatives returned to office from recess. Some of the chatter was on how the Presidential campaign is going. But beyond that there are other matters of importance. So Barbara Boxer pens an open letter to Steph Curry which should inspire ‘We the People.’

In the letter she writes, “After watching your performance coming off a tough injury, I felt compelled to praise your extraordinary accomplishments, your indomitable spirit and the lessons you’re teaching millions of young people.” She was giving him his due for being named league MVP two years in a row.

What if her words to Curry were an example for an open letter to everyday citizens? It might be addressed “Dear ‘We the People’” and be written as a letter coming from America’s past to guide our nation’s future.  How might that influence citizens in the lead-up to a voting decision this November?

Boxer sees sports as a metaphor for life because it teaches us the value of teamwork. The world of Politics and public service requires its own coming together. Elected officials often co-sponsor legislation for proposed laws. But teamwork seems to break down in deciding on compromise or collaboration.

She noted his relentless work ethic and leadership. His passion and sheer joy gains respect from teammates. In Congress passion might be seen in good or bad policy based on ideology. Plus, in choosing the next President we should pick the candidate who lets ego fall and a sense of purpose rise.

Curry is the first unanimous MVP vote in the NBA. He’s made history in many ways this season in 3-point shots and winning 73 games. Dr King once said “We’re not makers of history. We’re made by history.” That’s true for public servants and super citizens by serving ‘We the People’ not using ‘We the People.’

The NBA season is now in the playoffs. Teams aim higher to the championship. The election season is also entering a new phase. As things take shape we hope the candidates will run a ‘higher ground’ campaign. When it’s over ‘We the People’ should be the eventual winners. Sincerely, Your Constitution!