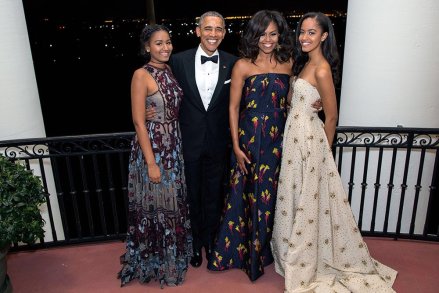 As time winds down on President Obama’s term in office, there’s mixed feelings across the land. Some remember where they were when he was first elected as America’s first African-American President. So as part of his farewell speech he gave us a ‘hope & change remix’ with a vision for America’s next phase.

Obama campaigned on a message that he felt spoke to the heart of what it means to keep America moving forward. He said there’re times when it feels like we’re taking two steps forward and one step back. But the net result is becoming a more inclusive nation that widens the arc of justice and equality.

In a packed room of some 20,000 friends, family, staff and well-wishers he again tried to capture the imagination of an engaged citizenry. He reminded us in the simplest way that the U.S. Constitution is just a piece of paper with words. But it’s the people who bring life to those words through the political process. 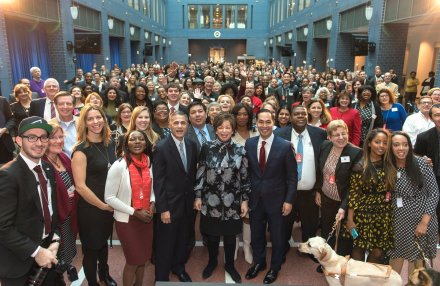 The farewell address by the outgoing President is a tradition dating back to George Washington. Obama even referenced Washington in his speech as a book-end to sharing four things he wanted to #LetThePeopleKnow as he prepares to go. Before shedding a tear talking about his wife, he told us this:

One of the earlier paragraphs in the Constitution speaks to ‘We the People’ working towards a more perfect union. This ideal has become an ongoing tireless process of give and take, discovery and heartbreak. But it’s one of the clearest ways we might think about how we fulfill our nation’s destiny.

And it happened in the recent elections driven by fear of a shift in demographics. So Obama told us to challenge the rise of fear, cynicism and despondency. But also to watchout for political IEDs (Improvised Explosive Devices) that can damage the legs of our democracy. These get planted in different ways.

They’re part of a new arsenal of political WMDs (Weapons of Mass Dah) that are used as direct acts of hindrance or direct accounts of hogwash. Sometimes it’s a string of deception to make people believe fake news and deny real news. Other times it’s to suppress, depress, oppress, or confuse the electorate.

As the speech came to a build-up it’s as if Obama was channeling Dr. King. In what became King’s last speech in Memphis he talked about having been to the mountaintop and seen the Promised Land. He said he was confident we’d get there because his eyes had seen the coming of the glory of the Lord.

Obama wanted us to know that it was an honor having served eight years as our President. During that time he’s been to different events in the life of our nation that were mountaintop experiences. He still believes in hope and change today as he did then. That’s why we must do our part in America so that it can do its part in the world. So maybe Obama’s good if we choose to remix #YesWeCan with #YesOurCountry because ‘we are the ones!’