It’s an important day in the life of America when people reflect on the social impact of Dr. Martin Luther King Jr. Dr. King’s national holiday sheds light on the words and wisdom from his work. For many there’re moments that stand out among a catalog of quotes, like the timeless four words of “I Have a Dream.”

This year the holiday is also when Senator Kamala Harris decided to make an announcement using four words when she tweeted “I’m Running for President!” During her appearance on ABCs Good Morning America, Harris added a personal view in saying she’s doing it for the people because “I love my country.”

Those words might easily connect with folks who think about the love King had for the people. That’s also where Cardi B comes in with her take on what’s happening with the Government shutdown. Cardi’s colorful view which went viral might also be summarized in four words; “this mess is whack.”

Harris and Cardi B are using their voices for social justice like two sides of Dr. King’s dream. Harris brings her immigrant heritage from India and Jamaica, while Cardi B’s hometown heritage is from the Bronx. Harris went from Attorney to Prosecutor to Senator while Cardi B went from the streets to major beats. 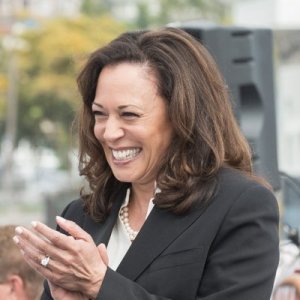 Before Dr. King became a national-figure he spent time becoming a trained scholar. Not everybody will choose the path of getting a degree in philosophy but most of us can study a subject enough to get a Ph.D. in lifer-education. This way we’re not becoming ‘dumb and dumber’ but instead mover and shaker.

As King traveled the country he saw more examples of what kept America stuck in the racism quicksand. This led him to becoming more of an activist. An activist is to social change as a catalyst is to a chemical reaction. Sometimes sparks fly, but after a while, things change from the current state to a new normal. 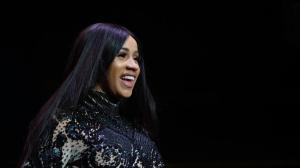 These days we’re reminded not to mess with ‘girls from the Bronx.’ That’s how Alexandria Ocasio-Cortez put it after a political commentator choose to come-at Cardi B. Cortez took us back to earlier pop culture griots named the Sugar Hill Gang, as musicians, poets and storytellers who maintain an oral tradition.

There’s a feeling in social and political circles that a new kind of candidate needs to arise for the 2020 Presidential elections. We can’t continue on the current path where the leader acts like an emperor. We need to look to those who’ll be more of an empowerer of the community or an empower-her of the nation.

All it takes is four words to get our social-justice juices flowing. Harris made her presidential bid with the words “I love my country.” Cardi B shared her concerns with “this mess is whack.” Four words describing Dr. King as scholar, activist, griot and empowerer might help us to keep runnin’. Just think about the ‘what ifs’ and where we’d be without his ‘love for the people.’

Author/Speaker, Blogger, Social Commentator - He's the author of two books and an avid blogger who believes life is meant to be lived with purpose! www.JoetoCEO.com www.PurposefulLiving.com